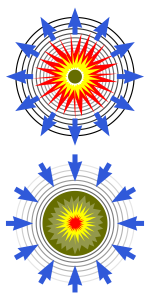 Because of who and how I am, it has been pointed out to me that I can cause other
people not to like me. The first time I heard this, it was quite a shock, I have always been
a people-pleaser so hearing that someone didn’t like me was very disconcerting. The “who”
and “how” I am from my point of view is simply that I am a perfectionist who really, really
cares about what I do, no matter if it is cleaning a toilet or writing a chapter in a book. So,
I take time to think through whatever problem I am working on or whatever assignment I
have volunteered for and I do my best to make sure the end result is satisfactory to all.

It came as a surprise also when I began to realize that many (dare I say most) people don’t
feel or act the same way. Once, when I was a PTA mom, I was told by another mom that the
school’s headmaster didn’t like me because he was “afraid” of my power. My power? I could
not believe it and when I asked her, what power? she answered that it was my power of com-
munication and convocation that he resented. I had no idea, I only know that he was totally
unscrupulous and relentless in scapegoating and sabotaging me at every turn. I ignored him
until he did something so awful to me that I simply had to stop engaging with him altogether.

It was not a circumstance unknown to me. There have been several times in my life when the
only adult choice left to me was to stop talking to someone. And so I did. But this solution for
me proved quite disturbing to him because he had heretofore relied on my inability to NOT
talk through everything that upset me. Now he met with silence and since my silence also
included everyone in his inner circle, there was no one left to tell him what I was thinking.
It was never my intention to harm anyone, I just wanted to be left alone to decide the fate
of my children’s education: do we stay or do we go? If we stay, I need to remove myself as
soon as possible from the PTA. If we go, I just need to hold on till the end of the school year
and then we could leave. We decide to go and I held on for the ride.

A few weeks went by and I noticed that more and more of the headmaster’s behaviour was
really bizarre. If I saw him coming towards me, I chose a different route. Once, he even
tried to get someone to cajole me into taking a picture with him; another time he invented
a game that would have had us face one another in a silly competition. Since I had nothing
to lose at that point, I simply declined any opportunity and left whatever arena we were in.

I continued my work as PTA mom because I had a commitment to fulfil. The strain was too
much for him, though, and a physical altercation (meaning he actually hit a student) ended
up eventually costing him his job. Although everyone thought this would make me change
my mind about leaving, it actually strengthened my resolve to always listen to that inner voice.

I bring this up because I feel politics in the U.S. is imploding. Don’t you feel it too?

“Oh boy”, my colleague exclaimed after she heard my boss’ instructions to me, “you’ve got
your work cut out for you!”

I didn’t give it much thought at the time, I just began my day like always, prioritizing
the many tasks that would have required someone else many more hours to complete and
got to work. I have always been like that, efficient and a hard worker, rarely whining
and never knowing when too much is too much. As a child, in order to stop my mother from
complaining when she arrived home to a messy house and sink full of dishes, I would do my
chores and others that were left undone by my siblings. Peace at all costs was my motto
and something that has been part of my life for as long as I remember. I blame no one,
I have learned over the years that we are all responsible for the life we live.

The last couple of months have seen me drop projects that take up too much of my time.
Surprisingly, after the first few days of guilt, I find I am quite comfortable saying
no and meaning it. Unfortunately, I have not yet become comfortable with the “extra”
time and instead of filling it by sitting down and writing, I look for ways to distract
myself from that daily goal (read: laundry, clearing out closets, reading the paper,
going on FB, etc.) and at the end of the day, find that I still have not advanced very
much on my essays. One of my goals for this year is to write for AARP with a focus on
age-related issues but I need to really focus.

I am glad that at least for the last few days, I have taken 15 minutes to write some of
my musings into this blog. It is a step in the right direction.

Have a great day and keep doing good work!