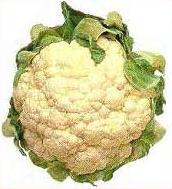 I did a terrible thing today: in anticipation of tomorrow being garbage
day, I decided to clean out my refrigerator! No, that’s not the terrible
thing I did! The terrible thing I did was to throw out almost an entire
week’s worth of vegetables that my husband and I purchased at the
farmers market just last week.

I don’t know what comes over the two of us when we visit the place. It’s
like all those colorful vegetables are shouting to us that they want to come
home…and that they will be cooked…only to end up in the compost bucket
time after time.

In the last few months, since I’ve been watching what I eat, I have become
a bit more interested in trying out new recipes. Don’t get me wrong, I used
to love cooking, especially when my children were young and I was a full-
time (and happy) stay-at-home, home-school Mom. But then the kids grew
up and moved away and now it’s hubby and me and we spend a lot of time at
home (semi-retired) and I have embraced this “new life”.

My husband enjoys cooking and so for the last few years, he’s been more or
less responsible for the meals we have for dinner. Of course, he also enjoys
eating and snacking and has a penchant for things like pepperoni, potato chips,
chocolate…thus, we have both gained a fair amount of weight in those same few
years.  I know no one was forcing me to have the extra calories; I am human too
and although I don’t indulge in pepperoni or chips (no sacrifice really, it’s not my
thing!), almonds, chocolate and cake are definitely on my list of favorites.

Since I joined Weight Watchers in December, though, I have definitely been off
most of those goodies. Not that WW “forbids” anything, I just feel that if I am
dieting, it should feel a like a diet. I am one of those people who feels a need to
have “rules” that I will feel disappointed about breaking. I know, I know, but
there you have it.

Last week when we were at the farmers market, there was an enormous cauli-
flower for sale. It was sold by unit and my husband found a much smaller one
that he preferred but he deferred to me since I had visions of making a pizza
with a cauliflower crust. I don’t know what possessed me to think I was going
to actually tackle that project; to begin with, it involved getting out and dusting
the food processor and making cauliflower rice! It never happened and today
when I found myself tossing the entire head, I was overcome with pangs of guilt.
If we had purchased the smaller head, it would have been a nice side dish for one
of our few dinners at home this week. I told my husband that from now on he
must not humor me when I lose my head momentarily like that!